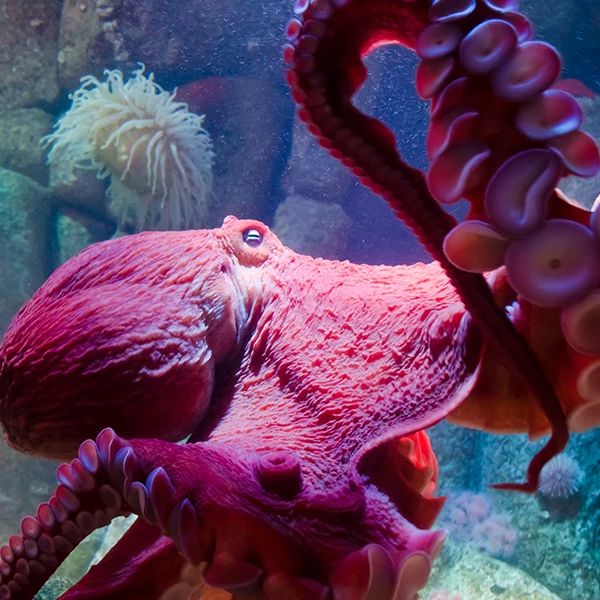 There are an estimated 50,000 species that belong to the invertebrate group known as Mollusca. Members of this diverse group have soft bodies which are composed of a ‘head’ region and a “foot” region.

The Giant Pacific Octopus prefers chilly waters in the Pacific, but can be found as far north as Alaska and as far south as Southern California. They are stealthy hunters that eat a wide assortment of seafood - most commonly crabs, clams and other mussels. Like other members of the octopus family, the Giant Pacific Octopus uses special pigment cells in its skin to change colors and textures, and can blend in with intricately patterned corals, plants, and rocks.

Highly intelligent creatures, they grow bigger and live longer than any other octopus species.

See it in its new home in Ring of Fire: World of the Octopus 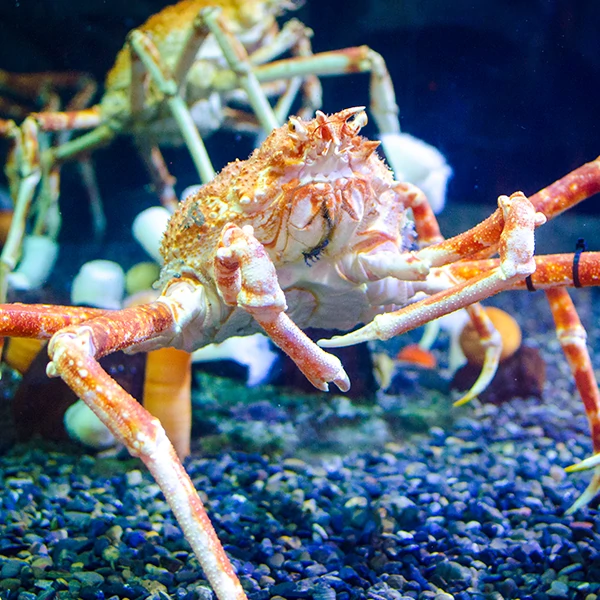 Arthropods are invertebrates with an exoskeleton, a hard and protective outer shell made of chitin. They also have appendages that are jointed and their bodies are segmented. 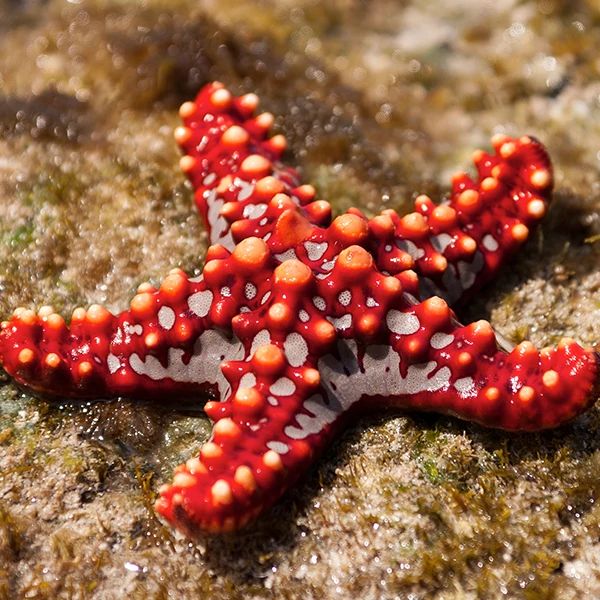 The term "echinoderm" means spiny skinned; and is a very appropriate name for invertebrates in this group. Sand dollars, sea cucumbers, sea stars and sea urchins are all echinoderms. 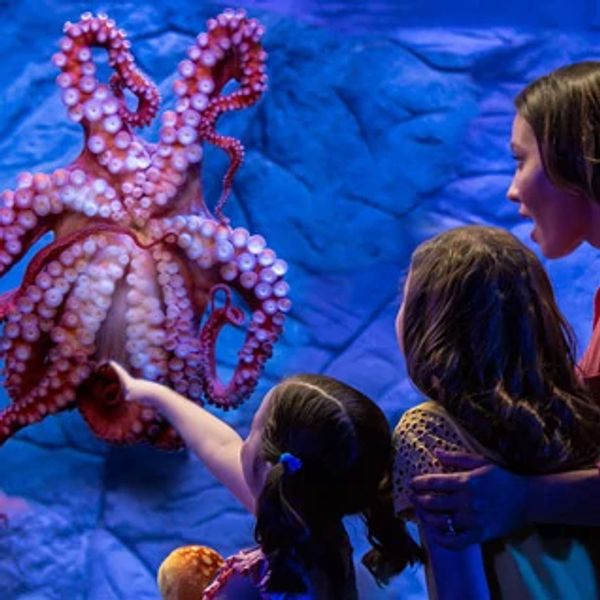 Ring of Fire: World of the Octopus

Discover the wonder of the shape-shifting, color-changing Giant Pacific Octopus and experience the mystery of his volcanic underwater world.